Contrast refers to the amount of difference you see between two  colors.

"High contrast" usually refers to great difference in two colors' value. In other words,  one is very light and the other is very dark. 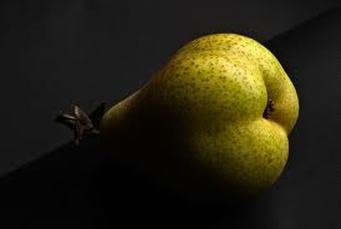 High value contrast: The lightest colors in this image, on the illuminated part of the pear, are almost white. The darkest parts of the image are almost black.
So what does this mean for you? 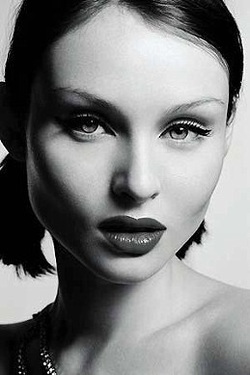 To look her best, Sophie needs to wear high-contrast combinations. The outfit below works as a high-contrast look  because all of the exposed pale skin serves as the light color contrasting with the black of the dress. 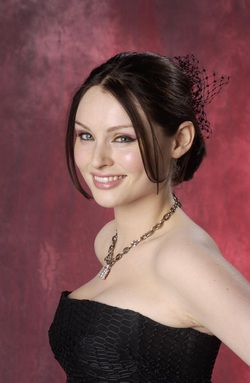 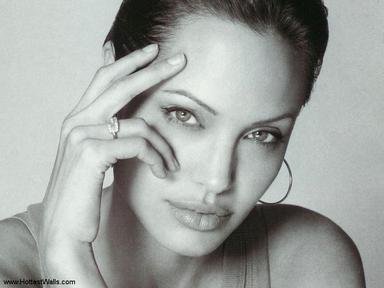 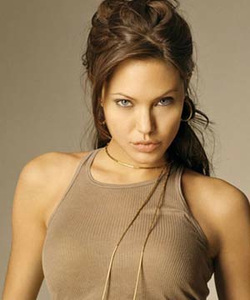 Angelina is most beautiful in low-contrast looks. Here, her skin, hair, top, and the photo's background all seem to blend together, and she looks fantastic.

Two highly contrasting colors might also be different in hue. That would mean that the two colors are far apart on the color spectrum. 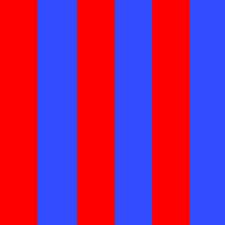 Remeber ROY G BIV? Red is far from blue on the color spectrum. Placed next to each other, they create contrast.